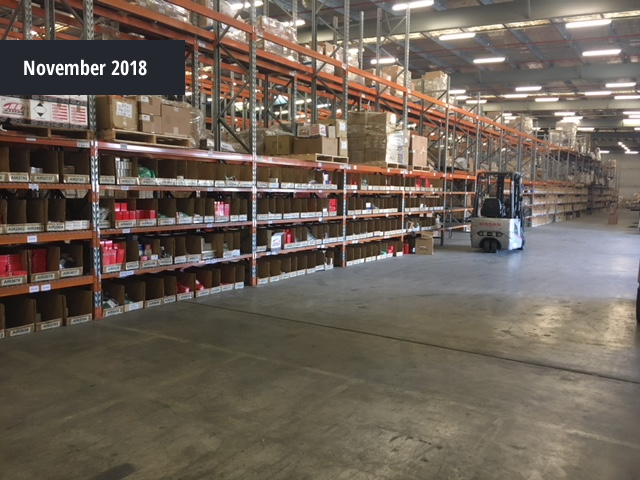 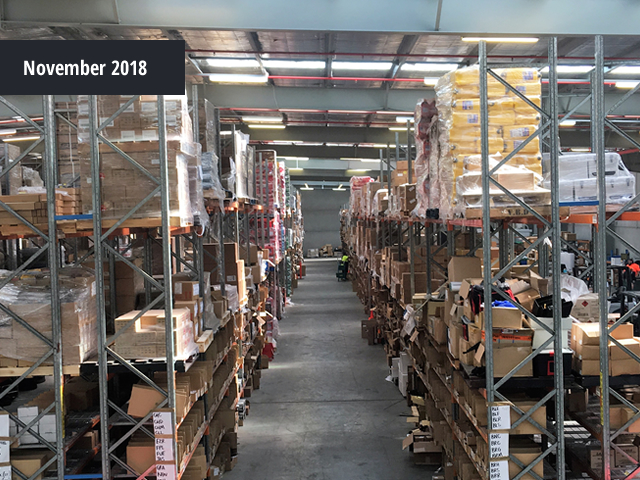 What exactly is the WOW factor? It’s not a phrase that is normally used for describing industrial pallet racking.

The WOW factor is a quality that makes people feel excited or surprised when they first see something and that was how Steve Newman, Roy Gripske’s Victorian State Manager, described the reaction of staff when they turned up for work on Day 1 at their new warehouse in Melbourne.

Roy Gripske & Sons (RGS) is Australia’s largest independently owned importer, exporter and manufacturer of quality lawn and garden units, parts and accessories. Their new 5000m 2 warehouse in Laverton North is almost twice the size of their previous building and provides them significantly greater opportunities to expand and improve their service commitment.

The challenge as committed by Paul Sheehan, RGS’ General Manager was to complete the warehouse move with “little to no effect on their delivery performance to customers.” As Paul said, “This was a big ask!”

Stow and One Stop Shelving were awarded the job of relocating the existing racking and supplying, delivering and installing second hand pallet racking for the new warehouse. According to Steve Newman, “Nick Greenham, their Sales Engineer, was professional and thorough; he provided good advice about what racking could be reused according to Australian Standards and how much stronger racking was required for heavier loads.” The advice was important and in keeping with RGS’ perfect safety record.

The new racking was installed in the week prior to the warehouse opening and the existing racking that was being used from the old warehouse was dismantled and reinstalled over the weekend. The new warehouse was complete and ready for work to begin on Monday
morning.

We would like to thank all RGS staff involved in the move that worked with us as part of the team to make this move such a success. WOW!

WE MOVED OVER THE WEEKEND

An important aspect of any warehouse move is minimising the impact on your customers. When Rollie Nation, Australian premium footwear designer, distributor and global online retailer, needed to relocate its warehouse because of rapid growth they trusted their pallet racking move to no-one but One Stop Shelving.

Launched in 2012, Rollie Nation has successfully targeted a niche in the on-trend international travel footwear market with more than 100% growth in online sales since last year. As a result, they needed to move to a new 1,200m2 warehouse and office in Derrimut, Melbourne. One Stop Shelving was awarded the job of designing, relocating existing pallet racking and installing new pallet racking and long span office shelving because of its competitive solution and One Stop Shelving’s Sales & Service Engineer, Dale Davis’, good previous relationship with Hung Hoang, Rollie’s Warehouse Manager both at Rollie Nation and previously with 2XU. 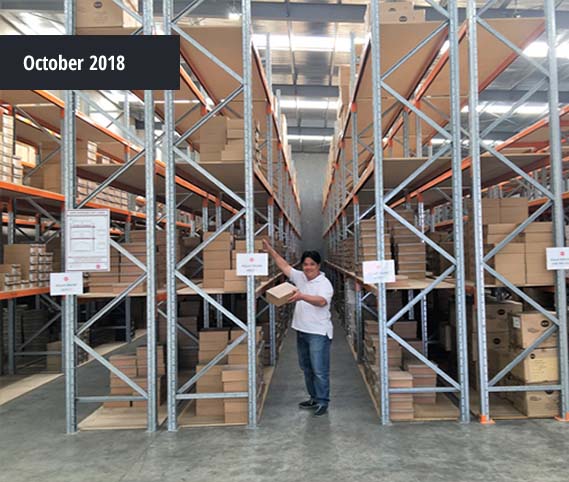 “One Stop Shelving was easy to work with right from the initial brief and design; they understand our business needs and moved our existing racking out of our old warehouse and installed existing and new racking and shelving into our new one over the weekend”, explained Hung. “The best thing about these guys is their flexibility if things need to change like the location of a racking bay.” 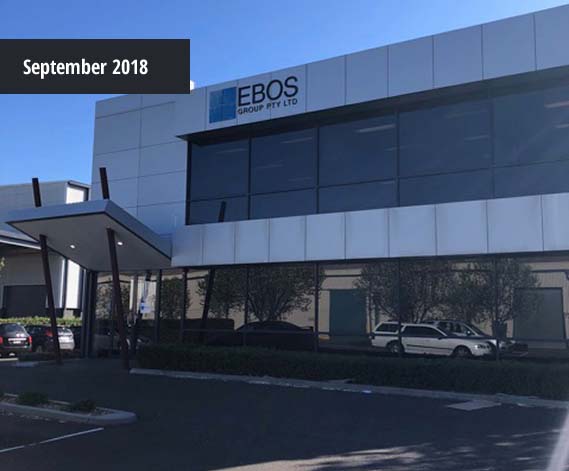 WHEN GROWTH BECOMES A PROBLEM

Growth is normally seen as a positive thing in business but for logistics staff it can often present physical and warehouse staff safety challenges in supporting the business growth. One Stop Shelving designs, installs and repairs all of the major brand new and 2nd hand racking systems to help growing companies increase the utilisation of their warehouse space and increase productivity.

EBOS Healthcare, a large Australasian supplier of international healthcare products, have grown considerably over the last 20 years through organic growth and via the acquisition in 2013 of the Symbion Group. EBOS’ VIC/SA branch, a 2,500 m2 sales and warehouse facility located in Clayton was established 15 years ago. Over this period, their warehouse staff numbers have increased five-fold and they now stock more than 7,500 SKUs in 2,000+ pallet locations, including a dedicated cold storage area.

The challenge for EBOS Healthcare has been how to safely and profitably manage this growth in their current facility. One Stop Shelving has been a long-term provider of warehouse racking products and services for EBOS Healthcare and has developed a great reputation for providing fast and effective solutions.

Travis Reiner, their VIC/SA Warehouse Manager said, “Without the improvements designed and installed by Michael Fitzsimons and the One Stop team, we would not have been able to increase our safety, productivity and support our growth. We have been working with One Stop Shelving for around 10 years and Michael is always there when we need him. Apart from conducting annual racking inspections and doing repairs, One Stop Shelving has designed and installed drive-in racking, which allowed us to add significant pallet locations and remove stock that was previously on the floor. We’ve also added 5 aisles of lighter long-span shelving, customized racks for surgery couches and extra racking on the side wall.”

EXPERIENCE IS THE DIFFERENCE

The One Stop Shelving team has built an enviable reputation based on years of experience and understanding clients’ industrial storage needs. Staff like Rod Elliott, Michael Fitzsimons and Dale Davis have more than 20 years work experience in industrial racking, shelving and storage solutions.

As Ashley Halbish, Charles Parsons’ Group Warehouse Operations Manager and long-time One Stop Shelving client says, “I like being able to deal with the same people … Michael (Fitzsimons) know us, knows our site. We invariably want things slightly different from the standard and One Stop Shelving are flexible and work well with us.” Charles Parsons understands the value of experience having been at the forefront of the Australian textiles industry for more than 100 years. 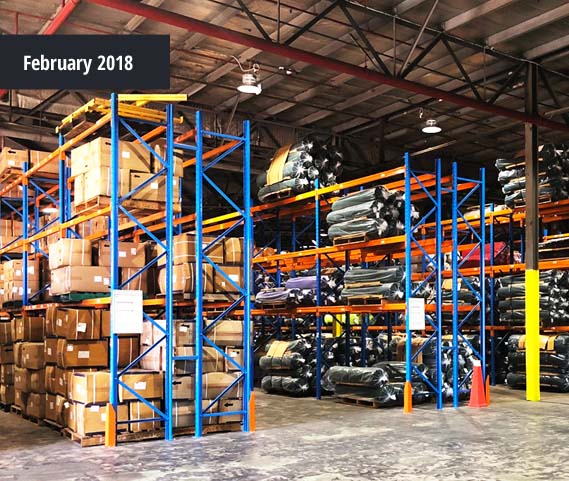 “We’ve had a whole range of small jobs done by One Stop Shelving over the years including racking inspections, repairs and storage adjustments and no problems.”

Michael, One Stop Sales & Service Engineer says, “I enjoy working with people in the warehouses and building relationships over time. For me, it’s all about service.”

One Stop Shelving 2019. All RIGHTS RESERVED.